What does “composed” mean?

First, before you read the explanation, definition, and discussion, try this quick vocab quiz:

Definition: calm, especially in stressful situations (Ex: to remain composed in an emergency). made of (Ex: A good education is composed of many experiences.).

Example: As an adult, Sam always appeared composed, but when he was younger, he was more inclined to act crazy because he enjoyed calling attention to himself.

Discussion: composed, of course, comes from the verb compose, which essentially means put together. (Remember your word parts! com means together or with; pose means put or place (the verb).)

So, we can talk about composing music, composing a painting (which will result in the composition), remaining composed during an emergency, and more. All of these senses have in common the idea of putting or keeping things together; when people are composed in stressful situations, they (and here come some good English expressions) keep their cool, they keep clear heads, they don’t “lose it”, so to speak.

Being composed, or at least appearing composed is an important quality of a leader. No one likes to see a leader who has appeared to lose control, is stressed out, or is indecisive, so good leaders learn to project composure, even if inside they are feeling uncertain, indecisive, or stressed out.

Which reminds me of a metaphor I’ve heard a few of my Japanese students mention on a couple of occasions, that of the swan—a swan may float gracefully and composedly across a pond, but beneath the water and out of our sight, it is paddling frantically to move.

A good metaphor for our lives. :) 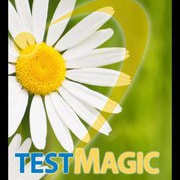 voluble What does “voluble” mean? Part of Speech: adjective Pronunciations: IPA: /ˈval.yə.bəl/ Glossary-style: [VA-yuh-buhl] Definition: having the ability to speak or talk easily; talkative; glib (Ex: a voluble salesperson). easily turning or rotating. Example: During my time living in Rio de Janeiro, I noticed that people at the local markets tended to be much more voluble…

What does concise mean? You’re about to find out! Quick Vocab Quiz for the word concise First, before you read the explanation, definition, and discussion of the word concise, try this quick vocab quiz: concise most nearly means (A) sharp (B) bitter (C) brief (D) important (E) oily (Answer is below.) Part of Speech: ADJECTIVE…

What does tirade mean? Have a look below! Quick Vocab Quiz for the word tirade First, before you read the explanation, definition, and discussion of the word tirade, try this quick vocab quiz: tirade most nearly means (A) rant (B) cleansing (C) query (D) option (E) result (Answer is below.) Part of Speech: NOUN Pronunciations:…